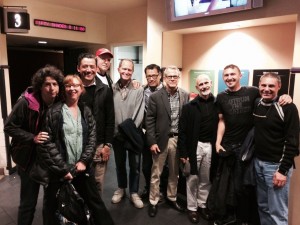 Based on a true story in the late eighties, “McFarland, USA” tells the story of how a football coach transformed an underprivileged community in California’s central valley with the running sport. If you have not heard of McFarland, CA, you will now. Fired from his last school for his bad temper, Jim White (played by Kevin Costner) finds a job as a coach in a high school and relocates his family to the agricultural town. Witnessing the potential of some students in running, White gathers a team and trains them to compete in cross country running, not only lifting these students’ spirits and giving them hope to achieve more in life, but also elevates the status of the school and town where they come from.

Being a Disney movie, the story is predictable but inspiring in the same breath. San Francisco Chronicle’s Mick LaSalle writes, “The film’s mission is to make you care about this coach, this family, this team, and this town; and ‘McFarland’ does it. The surprise is that it does so methodically, expertly, never pushing you into feeling something unearned, and never making the soundtrack do the work.” 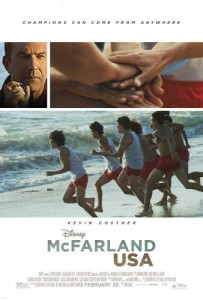 SFTFC members walked out of the theatre moved, Marcus Valera opines, “It’s not an Oscar winner but the movie was a feel good movie. It is also a motivational story of people who are down on their luck but pull together for a common purpose or goal.” Rick Thoman gives the feel good movie a “Well done.”

Some SFTFC members have heard of McFarland in their early running years but many have only now learned of the story behind its success. The success of how the sport of cross country running changed an entire community and is evident in the McFarland’s official seal that shows a man running among agricultural fields. Look it up!